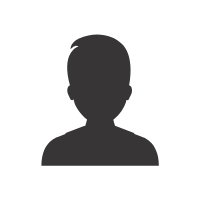 Proper Hydraulic Hose Repair: How Much Do You Know for Your Machinery’s Sake?
29 November 2021

It is safe to say that hydraulic hoses are the bac …

Read More
Protect Your Investment: Why You Need a Car Lift in Your Garage
12 May 2021

When you own cars, you want to give them the care …

Read More
Is a Laser Level Essential for Your Building or Decorating Project?
18 November 2020

Laser levels use a focused beam of light to produc …

The location of your hydraulic seals is of great significance. In any hydraulic cylinder, the rod wiper is the most exposed part to different elements. As the cylinder retracts, any substance on the rod tries to scrape off it. If you are working with applications like plastic or rubber, there you need to use metal scrapers that help remove junk and other garbage from the rod.

Continue reading to understand the significance of seal location in fluid power for your hydraulic system.

Rod wipers are not fully efficient when used to seal in the opposite direction. They are somehow U-type, offering partial sealing, but you can't rely on them for your primary seals. The rod U-cup seal applications have a buffer seal in front of them. They feature mostly in heavy-duty applications with high shock loads such as excavators and steel mills. The buffer seals protect the U-cup and guards against pressure spikes.

The end seal, on the other hand, seals the gland from the barrel's rod side. In this case, the gland is the head side. While this is a static seal, it is enough for heavy-duty applications with O-rings and backups. Ideally, it can deal with extreme atmospheric pressure as well as the cylinder's pressure.

For static seals in pistons energising the right side, the fluid enters outside of the piston and moves across the threads. The piston has ribbons attached to the rod to allow a smooth bypass of fluids. While normal functioning of the cylinder is still possible without the static seals, there will be challenges in holding loads as well as some leakage. Faster or dynamic applications utilise O-rings and a couple of backups.

Wear strips have two guide rings and are useful in supporting loads on the rod and load differences between the rod side and the cap. Additionally, it's simpler to replace two wear strips than the entire piston or barrel. These two can handle all the wearing besides being easier to replace.

The piston seals are simply loaded T-Seals with the black part being the energiser. Likewise, they can be of the O-ring type with two backups on both sides. They can be locking backup washers that are highly effective all round.

Finally, there is a pump with a mechanical shaft seal that may be spring-loaded. Here, there is a static seal that closes the end head from the body. Gear pumps, for instance, are highly effective but also cheap to purchase.